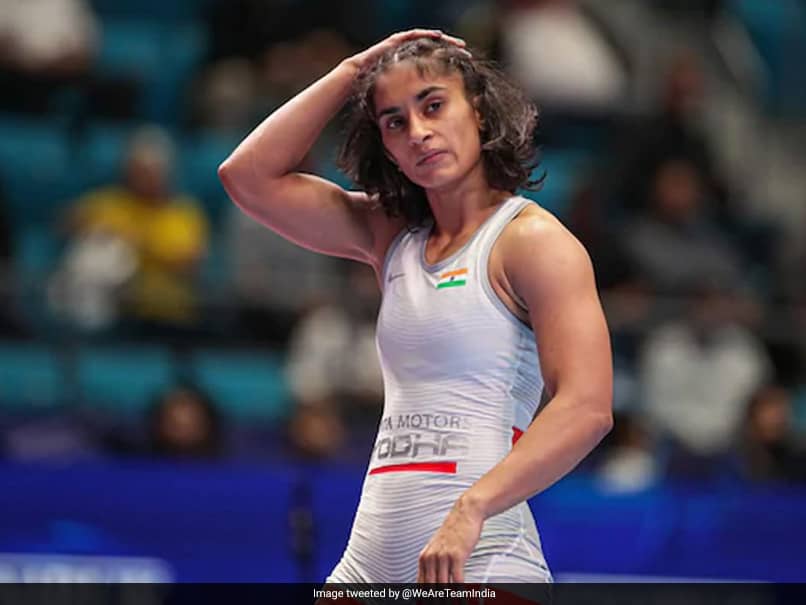 Vinesh Phogat had to wrestle only twice as she got a walkover in the other two on Saturday.© Twitter


Star wrestler Vinesh Phogat put herself in contention by reaching the finals of the 53kg category for the second consecutive gold, while Sarita More tied for the silver medal in the event of the Matteo Pelicon ranking series. In his four encounters, Vinesh wrestled only twice as he got a walkover in the other two on Saturday.

And in the two bouts she fought, Vinesh won by pinning her rivals – her compatriot Nandini Bajirao Salke in the first round and then Canadian Samantha Lehi Stewart in the semi-finals, who ran just 42 seconds.

He did not commit any sin in the second round against Tatyana Akhmetova Amanzhol of Kazakhstan and Louisa Elizabeth of Ecuador as they stopped their matches against the Indian due to their injuries.

Vinesh entered the competition after winning a gold medal in Kiev, Ukraine.

In the early hours of Saturday, Sarita defeated Bulgaria’s Julia Penalber 2–4 in the silver bout to clinch the title.

Anshu Malik, another Indian in the same weight category, entered his bronze play-off against Francesa Indelicato of Italy due to injury.

Greco Roman wrestler Kuldeep Malik, however, grabbed his chance by winning a 72 kg bronze medal against Chingiz Labazanov of Russia.

Meanwhile, in the men’s freestyle competition, Satyavrat Kadian won from the 97kg contest after suffering a 1-8 defeat to Ibrahim Kafaci of Turkey. In 125 kg, Sumit Malik could win only one of his four bouts.