Once in a while, there comes a film that crosses the celluloid divide and becomes a part of our lives. Released five decades ago, Anand’s charm hasn’t diminished. It still makes you laugh and cry with its treatment of the transience of life. In theme, dialogue, music and characters, the Hrishikesh Mukherjee film continues to enrich in more ways than one.

At war with himself for not being able to cure an impoverished society of disease, Dr. Bhaskar Banerjee (Amitabh Bachchan) tells the story of how the terminally ill Anand Sahai (Rajesh Khanna), who wanted to enjoy life as long as it lasted, changed his outlook.

A scene from the film Anand

As the two come close, gradually it is the patient who starts curing the doctor (and through him the audience) with his prescription: zindagi badi honi chahiye, lambi nahin (Live a big life, not a long life).

The incurable condition is just a metaphor here, as the film tries to unravel the riddle, ‘Zindagi kaisi hai paheli haye, kabhi ye hasaye, kabhi ye rulaye,’ without making a show of it. Even as the film portrays Anand’s joyousness, it grapples with questions of medical ethics and faith, questions that still haunt us.

Over the years, Anand inspired many characters but Rajkumar Hirani’s Munnabhai MBBS came the closest. Both were cut from the same cloth, with Dr. Banerjee growing up into the self-serving Dr. Asthana.

Anand came at a time when Rajesh Khanna was at the top of his game and his mannerisms had not lost their infectious charm. Bachchan, in his pre-Angry Man avatar, provides the counterpoint with a performance so subtle that it commands attention. The film is a window to the changing expressions in acting.

Hrishikesh Mukherjee made middle-of-the-road cinema with the best of stars. Starting from Musafir, his first, which was backed by Dilip Kumar, Mukherjee went on to work with Raj Kapoor in Anari and Dev Anand in Asli Naqli. Anand was no different as stars used to come to him when they wanted to break away from the usual romantic routines.

Having started his career as a sitarist on All India Radio, Mukherjee worked in the processing unit of B.N Sircar’s New Theatres and dabbled in cinematography before moving to editing and screenwriting, at the behest of his mentor Bimal Roy, who brought him to Bombay.

Mukherjee always said that the editor should have an intimate knowledge of scriptwriting. Perhaps that’s why he was able to edit such diverse films as Manmohan Desai’s Coolie and Ramu Kariat’s Chemmeen. “I never used to overshoot. I made Anand in 28 days within 32 reels because I knew how much I needed,” he said in a television interview. 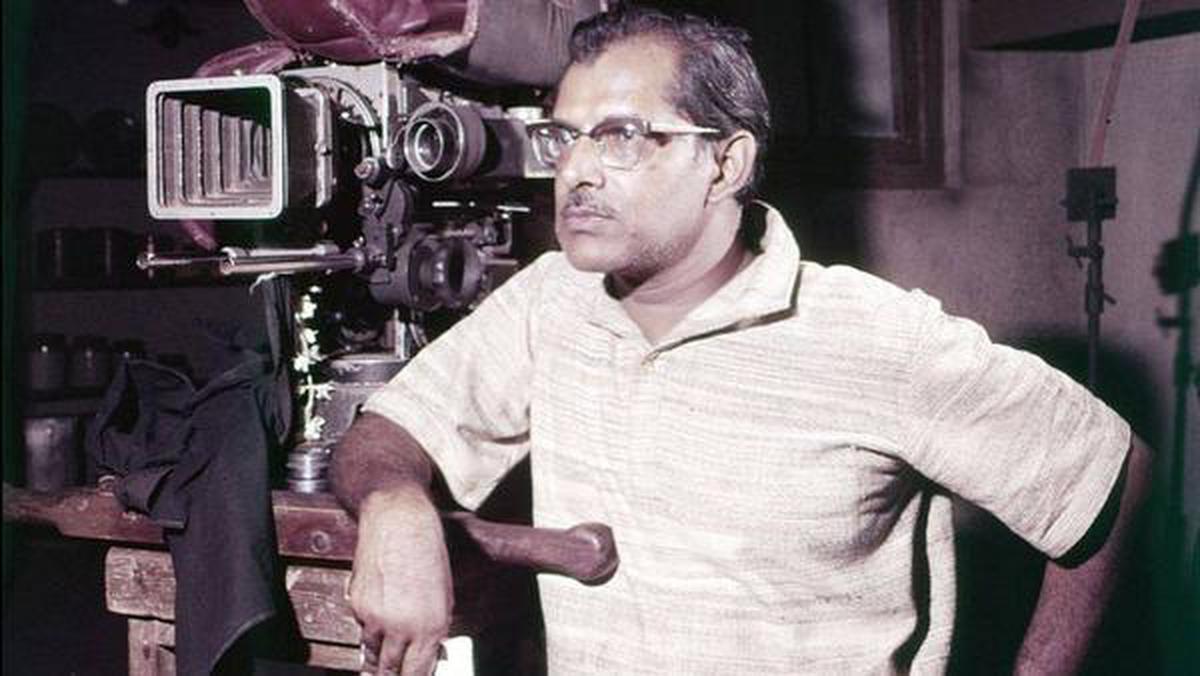 Loosely inspired by Akira Kurosawa’s Ikiru, Mukherjee co-wrote Anand for Raj Kapoor in the early 1960s. At one point, he wanted to make it in Bengali with Uttam Kumar as the doctor. When it didn’t work, he thought of casting Kishore Kumar and Mehmood. It shows that he always wanted an actor who could lend a light touch to the heavy subject.

There is a story that Kishore had asked his security guard not to allow a certain Bengali event manager to enter the house. The guard mistook Mukherjee as that man and chased him away. Anyway, the fact that Kishore is missing from the playback credits at a time when he had become the voice of Rajesh Khanna tells us that perhaps all was not well between the singer and director.

Dedicated to Bombay, Anand celebrates the city’s cosmopolitan culture. The Kulkaranis (Ramesh and Seema Deo) speak in Marathi and Renu (Sumita Sanya) slips in a bit of Bengali now and then. In ‘Kahin door jab din dhal jaye’, the Punjabi Anand holds a book of Urdu poetry in Persian script while Bhaskar Banerjee writes his diary in Hindi. There is a scene in the film where Anand quotes the national anthem to describe the unity in diversity that exists in the city.

Interestingly, Yogesh wrote ‘Kahin door…’ and ‘Zindagi kaisi hai paheli’ for a Basu Bhattacharya film that was shelved. Hemant Kumar had already recorded ‘Kahin door…’ in Bengali, but Mukesh and Manna Dey again brought alive the melancholy of those words. As Anand might have said, good films and good music don’t die.