Speculations about Jasprit Bumrah getting married has gone viral on the internet ever since the team India pacer asked to be released from the Indian squad following the conclusion of the India vs England third Test. Bumrah was released from the Test squad and has also been rested for the five-match T20I series against England. Reports suggest that the bowler could also be left out from the ODI squad and will only return to action during IPL 2021. While news agency ANI confirmed, quoting BCCI sources, that Bumrah is indeed getting married, there has been no news about who the bride is. Some fans are speculating that it is Sanjana Ganesan while others think it could be actress Anupama Parameswaran. Twitterati Think Jasprit Bumrah is Set To Marry Sanjana Ganesan in Private Ceremony.

Sanjana Ganesan is a Star Sports presenter and model. She was a 2014 miss India finalist and also participated in the MTV show Splitsvilla 7 before taking up a career as a sports anchor. Apart from hosting sports show for Star Sports, Sanjana is also linked with IPL franchise Kolkata Knight Riders and hosts the team’s weekly show ‘Knights Club’. Fans think she is Jasprit Bumrah’s bride to be. Many have congratulated Sanjana and Bumrah on their speculative upcoming wedding although the pair nor their families have confirmed anything. Take a look at some reactions. Twitterati Speculate About Jasprit Bumrah’s Marriage After India Pacer Is Released From Squad Ahead of IND vs ENG 4th Test.

Sanjana Ganesan or Anupama Parameswaran, Who is Jasprit Bumrah’s Bride?

Jasprit Bumrah will be marrying Sanjana Ganesan on 14-15 March in Goa ??

Congratulations to both of them! ❤️ pic.twitter.com/AV7r0bYjkK

Jasprit Bumrah will be marrying Sanjana Ganesan on 14-15 March in Goa ??

Congratulations to both of them! ❤️ pic.twitter.com/EkjWgjpeui

Another section of fans, however, think it is not Sanjana but Anupama Parameswaran, who will tie the knot with Bumrah later this week. Anupama is an actress who predominantly acts in Telugu and Malayalam films. She was the first to be linked with Bumrah. The rumours grew after both took sudden leaves from their work.

Anupama also shared that she was travelling to Gujarat sparking more rumours about the wedding. But Anupama’s family has denied the news and stated that the actress has only travelled for a shoot. Fans, however, think she is there to tie the knot with the cricketer. Take a look at how fans congratulated Anupama and Bumrah on the wedding although nothing has been confirmed.

Jasprit Bumrah will be marrying Anupama Parameshwaran on 14th-15th March in Goa. Many congratulations to him and Anuoama.

Bumrah is reportedly set to get married at a close family gathering in an undisclosed location in Goa. Reports have stated that the Mumbai Indians pacer will travel to Goa later this week with his family where the wedding is set to take place.

(The above story first appeared on Morning Tidings on Mar 09, 2021 12:21 PM IST. For more news and updates on politics, world, sports, entertainment and lifestyle, log on to our website morningtidings.com). 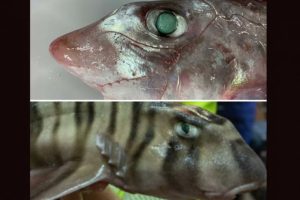 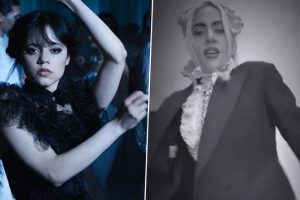 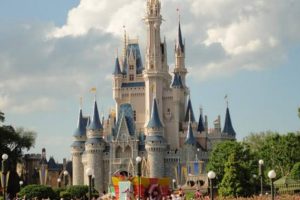 ‘Proffee’ Is the Latest Viral Coffee Trend! Netizens Are Obsessed With the Post-Workout Protein Drink, See Pics & Videos
Meghan Markle and Prince Harry Sit Down With Oprah Winfrey Gets a Desi Twist! This Video Reimagines the Interview As Indian Drama & It Is Hilarious AF
Comment