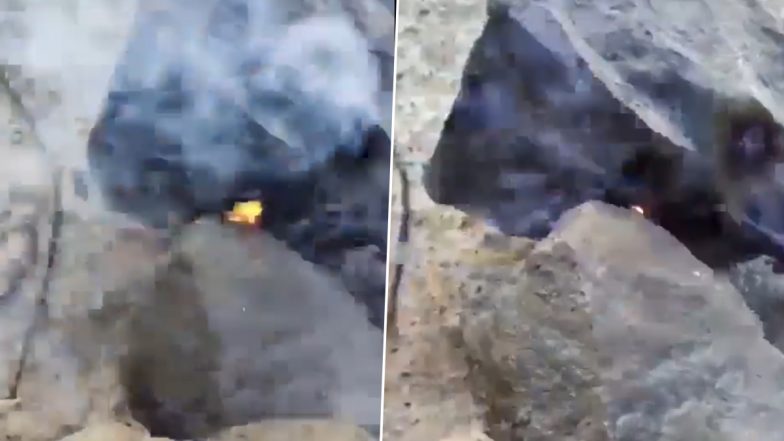 A video showcasing “electrically charged rocks”, which are seen sparkling light when rubbed against each other, is making rounds on the internet and grabbing many eyeballs. The footage was reportedly shot in the Republic of Congo (DRC), and the rock was claimed to be vibranium. According to reports, a gram of these charged rocks, some claim to be Vibranium, can light a bulb for more than 72 hours. The fusion allegedly makes these rocks of magnetic and quartz, and their electrical properties are due to the combination of both materials. Elephant Fossil, 5-8 Million Years Old, Discovered From Siwalik Sediments in UP’s Saharanpur, View Pics.

Electrically charged stones discovered in the Democratic republic of Congo, now more trouble will be coming from their colonial masters soon. pic.twitter.com/wN6Pd05oJN