Headlines of the major news day, and more.

The Union Cabinet on Tuesday approved a Bill to set up a Development Finance Institute (DFI) to generate funds for investment in the infrastructure sector. The proposed law will give effect to the budget announcement made by Finance Minister Nirmala Sitharaman on 1 February. The government has proposed an effect of 20,000 crores to capitalize the institution.

The Health Ministry has warned Maharashtra to plan for the “worst case scenario” with sufficient lead time, as the state continues to report the maximum number of new daily COVID-19 cases and deaths across India. It has also instructed to restart the death audit to support public health action and reduce mortality.

Several foreign missions to China, including their embassy in New Delhi, have announced that they will begin “facilitating” passengers, provided they have carried “Chinese-made COVID-19 vaccines”.

Rajya Sabha member Swapan Dasgupta resigned from the upper house on Tuesday after being questioned about contesting the West Bengal assembly elections on a Bharatiya Janata Party ticket despite being a nominated MP. 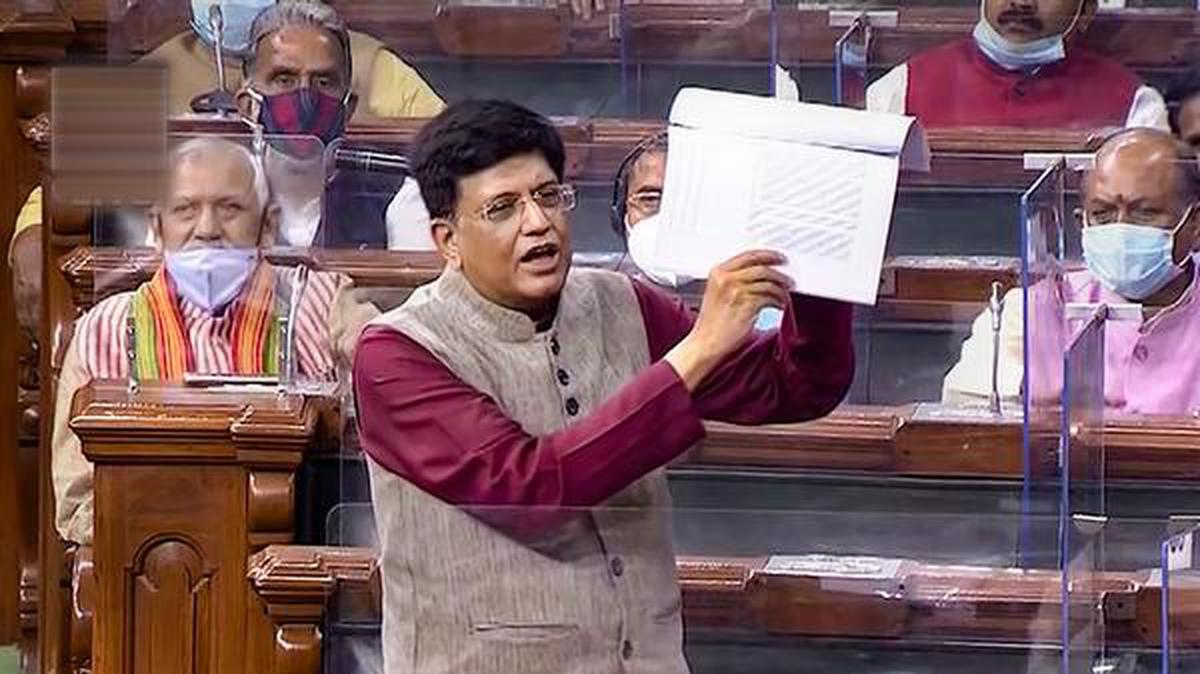 Railway Minister Piyush Goyal said on Tuesday that Indian Railways will never be privatized, but said that private investment should be encouraged for more efficient functioning.

The Congress and the government on Tuesday created a ruckus in the Lok Sabha over cases of tampering with the opposition party, alleging that the opposition party had misused the stringent law. Union Minister G Kishan Reddy said that it should not give lectures to others in democracy. .

The ICC on Tuesday imposed an eight-year ban on United Arab Emirates (UAE) cricketers Mohammad Naved and Shamin Anwar Butt in an attempt to fix a match in the 2019 T20 World Cup qualifier.

Unhappy over not being given a ticket to contest in the upcoming assembly elections on 6 April, ruling AIADMK legislator Satya Panneerselvam and her husband from Panruti assembly constituency have announced their decision to leave politics and public life. He distributed leaflets claiming to quit politics.

According to a report by audit firm KPMG, COVID-19 is being hit by business leaders speeding up adoption of Artificial Intelligence (AI). They see this acceleration moving “very fast”, but are still convinced that AI can solve many challenges.

A total of 157 medical colleges across the country are in various stages of implementation, Union Health Minister Harsh Vardhan informed the Rajya Sabha on Tuesday.

Privacy-focused search engine DuckDuckGo (DDG) called Google to spy on users after a later updated privacy label on Apple’s App Store to show the type of data collected from users.

Get a mobile-friendly version of the article from the newspaper of the day in an easy-to-read list.

Enjoy reading as many articles as you want without any limitations.

A selected list of articles that match your interests and tastes.

Move seamlessly between articles as our pages load instantly

One-stop-shop to see the latest updates and manage your preferences.

We inform you about the latest and most important events three times a day.

* Our digital subscription plans currently do not include e-paper, crosswords and print.

Your support for our journalism is invaluable. It is an endorsement of truth and fairness in journalism. It has helped us to be inspired by events and happenings.

Morning Tidings has always stood for journalism that is in the public interest. In these difficult times, it becomes even more important that we have access to information that impacts our health and well-being, our lives and livelihoods. As a customer, you are not only the beneficiary of our work, but also its promoter.

We also reiterate the promise here that our team of journalists, copy editors, fact-checkers, designers, and photographers will deliver quality journalism that shies away from vested interests and political propaganda.

Tamil Nadu Assembly Election | Congress manifesto statement for prohibition; Scheme for the management of the assets of the temple
Mallanasagar dam is nearing completion
Comment