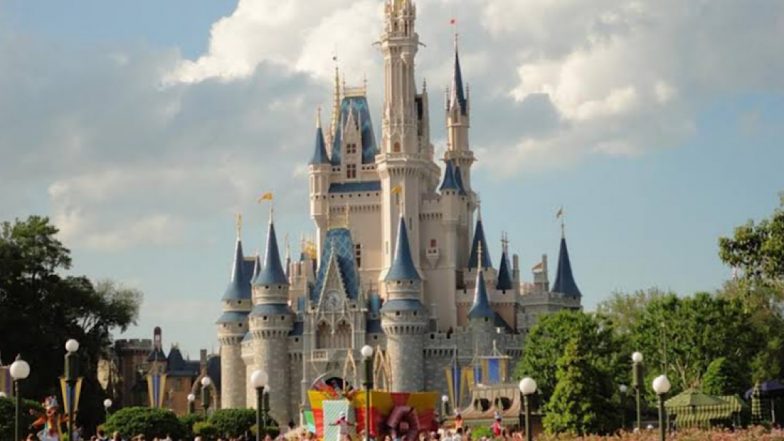 Florida, December 9: A young woman has claimed that she was forced to change her clothes at Disney World in Florida last summer because her cropped top was “inappropriate”. Jordyn Graime visited the “happiest place in the world” last summer and in her viral TikTok video she can be seen strolling around the theme park while showing off her stunning blue handkerchief-style top.

Later she was confronted by a staff member who told her that she was breaching the park’s dress code, reported Dailystar.

The TikTok video then shows her holding a receipt from an Orlando Disney Park store after she had changed into an oversized yellow top.  Disney World Janitor Arrested, Tells Police It’s His Constitutional ‘Right’ to Watch Child Pornography

“So they give you free T-shirt out of it,” she added. “Disney doesn’t like backs I guess…”  Walt Disney World Unveils Makeover Pics of Royal Cinderella Castle; Know The Reopening Dates of This Theme Park in Florida

In the later part of the video she can be seen wearing a yellow t-shirt. Her account has gone viral, with many flooding her post with supportive comments.

Disney World states in its guidelines that it reserves the right to deny admission to or remove any person wearing attire that they consider inappropriate or attire that could detract from the experience of other guests.

While Jordyn received a free T-shirt to wear on her day at the theme park, others weren’t so lucky as Disney has reportedly stopped such offerings after influencers allegedly started wearing inappropriate clothing on purpose to get the freebies.

(The above story first appeared on Morning Tidings on Dec 09, 2022 04:16 PM IST. For more news and updates on politics, world, sports, entertainment and lifestyle, log on to our website morningtidings.com).