Janashatru, a recent theatre production based on Henrik Ibsen’s An Enemy of the People, was boldly creative

In 2018, The New York Times published an interesting essay, titled, ‘Ibsen wrote An Enemy of The People in 1882, Trump has made it popular it again’ (Rachel Shteir). The essay investigates the journey of the play and discovers how it had made its way back to theatres in the US after almost five decades. Goodman Theatres last staged the play in 1980, Guthrie Theatre in 1976, similar is the case with Red Orchid Theatre, and CASA 0101. Each of these productions wanted to tell the story of their turbulent times — political to ecological — of “horrific life under majoritarian rule”. Ibsen provided them the preamble. In 2006, marking his death centenary, Ibsen was read and performed from Oslo to Beijing. The relevance and reach of this great playwright remains undiminished.

The play has been a favourite with Indian theatre groups as well. Its strong anti-establishment position attracted the renowned Indian filmmaker Satyajit Ray, who based his critically acclaimed film, Ganashatru, (1989) on An Enemy of The People. The play has re-entered the Kannada stage as Janashatru, conceived and directed by well-known writer and director Surendranath. Loaded with contemporary resonances, the director, conferred the Norwegian Ibsen Fellowship of 2019, will make eight different versions of Ibsen’s play and stage it in different parts of Karnataka. The first of the eight was staged at Ranga Shankara recently. 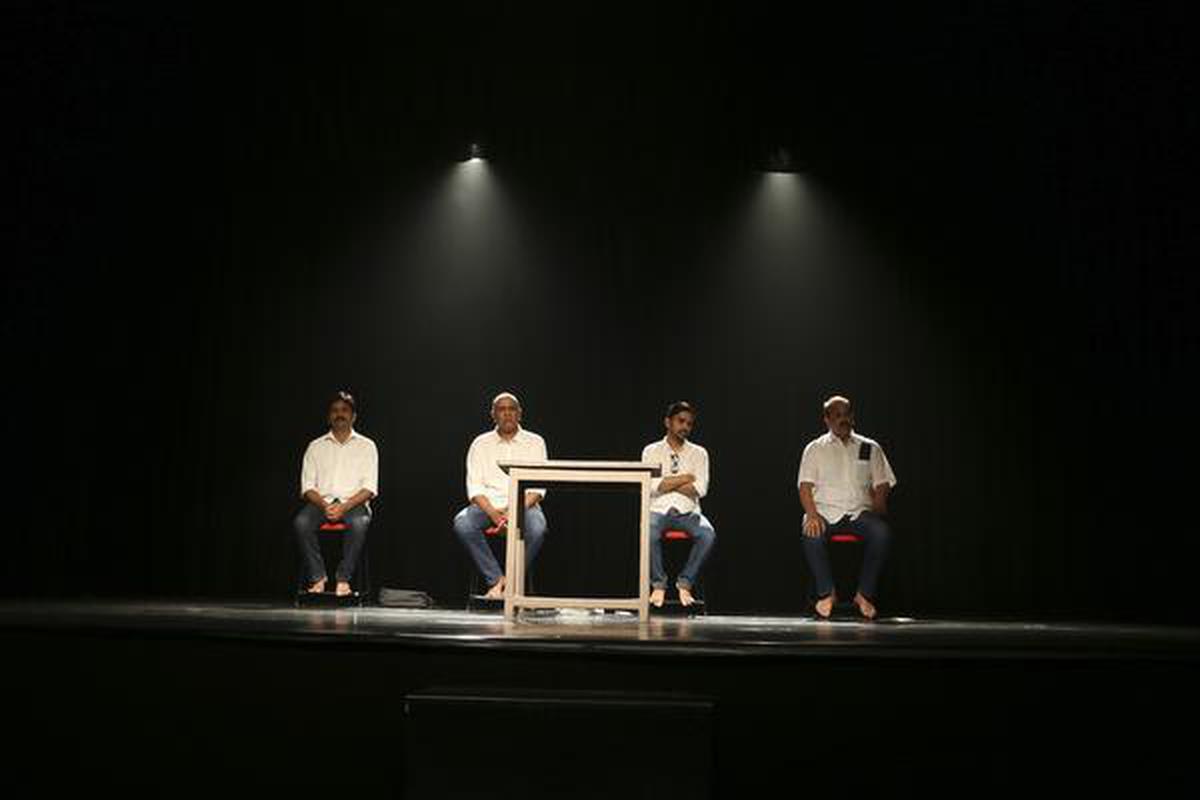 Ibsen continues to be relevant A scene from Janashatru; Surendranath, director of the play Photos: Special Arrangement

An unfussy set design and a compact team of five executed the 60-minute play to great effect. A hybrid model — switching between storytelling and enactment — the play turned out to be a powerful comment on the manipulative politics of India today. Janashatru stays close to the original plot, barring small exceptions such as rechristening characters and giving regional touches to a foreign plot. The play omits the character of Katherine, Dr. Stockmann’s wife, yet manages to address the questions and dilemmas arising from this strand of the story. With sharp narration and a brisk turn of events, Janashatru exposes the connivance of the capitalist-politician-media in the new world, burying truth under multiple layers of falsehoods. The ‘game’ of profits is played to chilling effect, Surendranath contrasting the cold-bloodedness of a political-economic strategem with the avalanche of emotions in the final, iconic speech of the doctor.

Ibsen doesn’t hold just a set of people responsible for the moral-ethical decadence of society, he implicates the citizenry as well. The stage therefore is co-habited by the audience who sit at the other end. This consensus — guided by placards held by the fifth member of the cast — says Ibsen, and therefore Surendranath, is an extremely pernicious development. Echoing Mark Twain, “Whenever you find yourself on the side of the majority, it is time to reform,” a warning bell is sounded, but the “falcon cannot hear the falconer”. The unthinking mob, the slow and steady isolation of the doctor, the collusion of vested interests… the play achieves all this with restraint.

The play’s greatest achievement is the manner in which it captures the current state of affairs, how it makes environment the most intractable political issue, and how the public continues to believe that ecological concerns are highly exaggerated. What one can hold against the play is the self-righteous tone of the final speech. This, however, was also noted as a flaw in Ibsen. If it is protracted in this Kannada version, it is perhaps because of the economy of expression of the rest of the play. Each of the actors put out a moving performance.

Surendranath’s Janashatru is a very important play for our times. It shows quiet courage and strong conviction.

“The strongest man in the world is he who stands most alone,” is Stockmann’s famous Act V line from An Enemy of the People, pitched from the “ruins of his heroism”. The play is at once Ibsen, Mark Twain, Leo Tolstoy and Gandhi, all of whom had voiced their concerns about the majority. In times such as these that seek to make them irrelevant, Surendranath says Ibsen has never stopped haunting him. 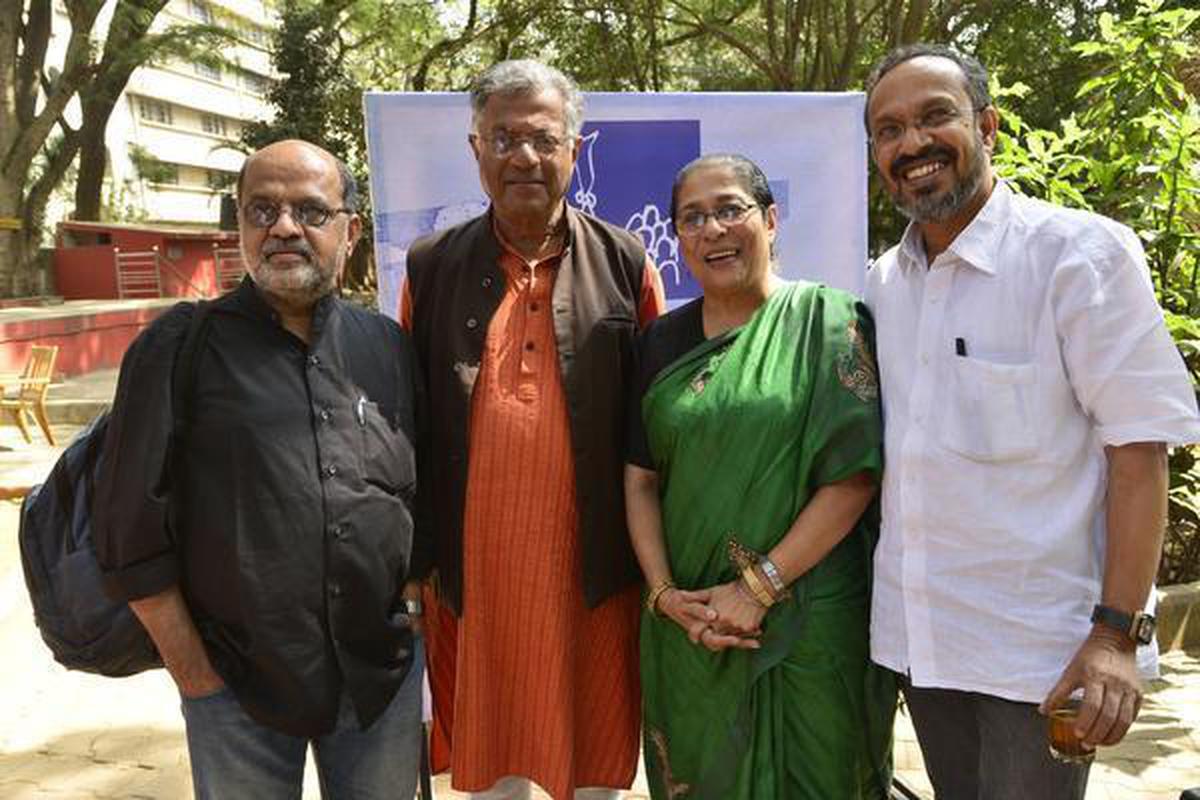 Excerpts from a short interview:

You are the third Indian to get the Ibsen Fellowship. How did you apply for it?

I have always been a great admirer of Ibsen. He provokes, haunts, gives you space to reinterpret, experiment… that is probably why I wanted to get this fellowship. Also, this is an amazing fellowship. It gives you total freedom to make Ibsen contemporary. For a creative person, this is a great opportunity.

Why did you choose An Enemy of the People?

For many decades now, I have wanted to do a play that brings the women from Shivaram Karanth’s Sarasammana Samadhi, Seethe from Kuvempu’s Kanooru Subbamma Heggadithi, Nora from Doll’s House and Katherine from An Enemy of the People. They trouble me all time.

But for this fellowship — Culturing Voices Through Act 4 of An Enemy of the People — I felt the play offered a wide canvas, allowing you to make a political comment. The doctor’s speech at the end of the play attracted me. So, in this project, we enact only Act 4, everything else is a mere excuse.

Let me explain. I have now started my Mysore version of the play. The farmers have been protesting against Asian Paints for some months now. How does the oppression of the capitalists pan out in this problem? What is the importance of being an individual in these times of majoritarian tyranny? I want to address these questions through Act 4.

From here, I will move to the village of Thumri. Like most villages in India, this too has become an old age home. The play will address this issue in Thumri. Next is Sheshagiri, where farmers are committing suicide, then I go to Koppala, where the issue of young girls working in wig factories and being exploited is huge. Like this, there will be eight versions.

As a theatre director working in India today, do you have the freedom?

I am working with allegories. People either understand or they don’t.

Also, I am yet to experience public response in that sense. I have just started work in Mysore. In Bengaluru, we performed in an auditorium. I am doing what I want to do, let’s see how the people receive it.