Morning Tidings
Morning Tidings
Home » ‘The Falcon and The Winter Solider’: Anthony Mackie and Sebastian Stan on the relevance behind their superhero series

The duo talk to us about their new Marvel offering, why it is timely in the wake of the pandemic, and their much-celebrated bromance

They are back! Possibly the MCU’s most-loved bromance and a duo that feature in most highlight reels because of the actors’ off-screen friendship.

Marvel Studios’ The Falcon and The Winter Soldier, all set to premiere on March 19, reunites superheroes Sam Wilson and Bucky Barnes. More importantly, it brings back the fantastic pairing of stars Anthony Mackie and Sebastian Stan, who have garnered global fandom for their hilarious banter on social media and in real-life, as Marvel follows up the success of WandaVision with another hotly-anticipated series.

Directed by Kari Skogland and created for television by Malcolm Spellman, the project has the cinematic feel of a feature film, but plays out over six episodes and takes place following the events of Avengers: Endgame — rooted in the epic moment when Steve Rogers (Captain America) presents Sam with his shield. What happens next?

The Falcon and The Winter Soldier also stars Wyatt Russell as John Walker, Emily VanCamp as Sharon Carter, Daniel Brühl as Helmut Zemo, and if the winks during the interview are anything to go by, several celebrity cameos can be expected.

Along with Marvel Studios president Kevin Feige, stars Anthony Mackie and Sebastian Stan join us for an interview on Zoom before the first episode airs later this week.

Excerpts from the conversation:

Why is The Falcon and The Winter Soldier a story that needed to be told?

Sebastian: At the end of Avengers: Endgame, you’re left with a question mark about what’s next. You’re also wondering how these two guys are going to handle it, and also, what does ‘Captain America’ mean? So that in itself is worth exploring. Going deeper into their story and having six hours to really flesh out who these guys are, why they are the way they are, and going into their psychology at this point felt very accurate and earned. 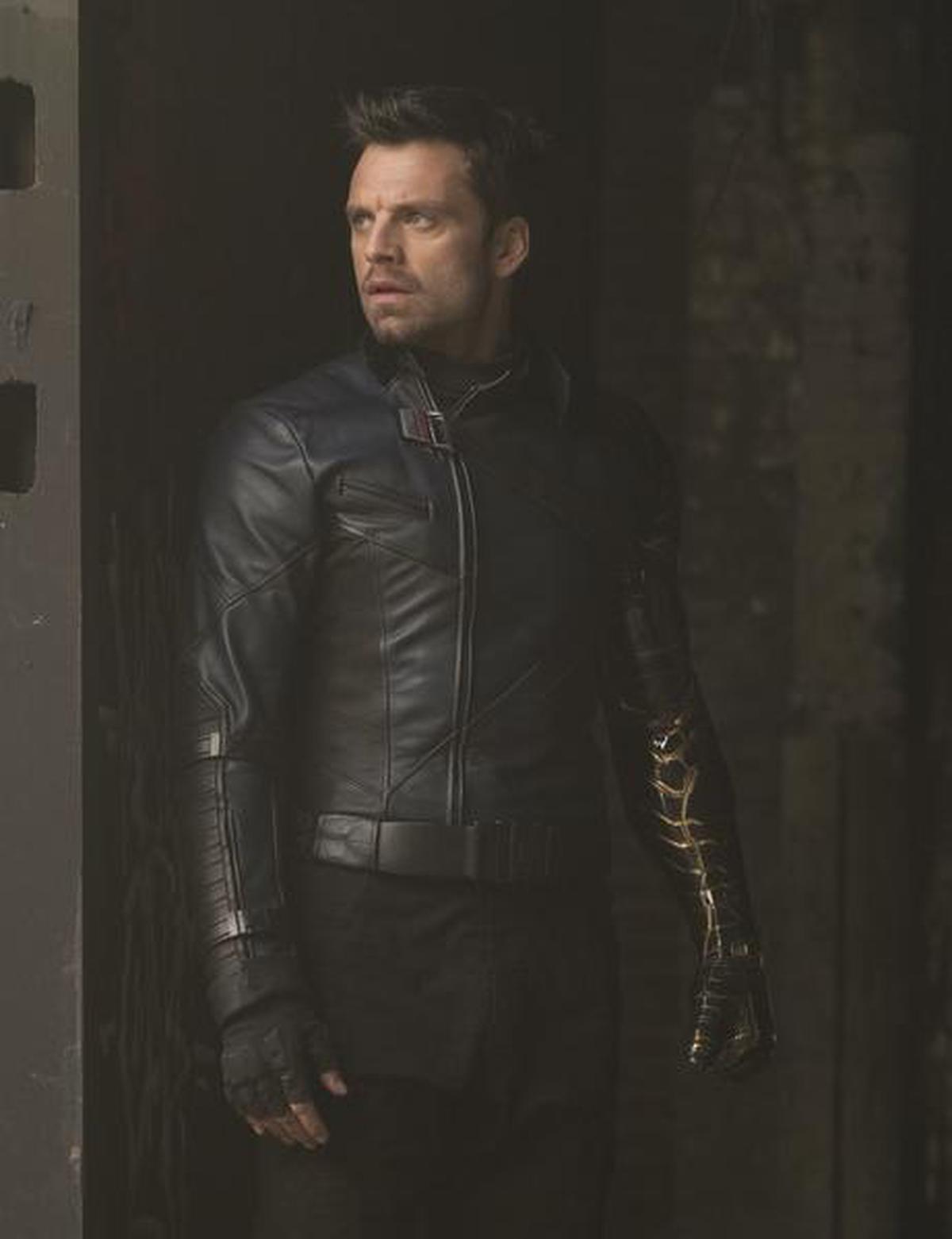 The series will follow Bucky Barnes (Sebastian Stan) deal with the emotional trauma from his past and how he overcomes it, with or without therapy

It’s interesting that a female director, Kari Skogland, helms the show. What did she bring to a project like this?

Anthony: Kari is very good with character development and hiding exposition. When you watch her work, you’re getting information from the characters, but it doesn’t feed like she’s spoon-feeding you. A lot of the things in the script, that for the characters, either didn’t work or weren’t put together right. She worked out those beats and moments to make those arcs and transitions smooth. Her smarts is something that can’t be questioned, and she really brought an intelligent feel as a director to the show.

Do you think Marvel made the show in the first place because of your real-life friendship, which has a crazy fandom?

Sebastian: That definitely helped for sure (smiles). That scene together in Civil War was a real jumping-off point for us, and they’ve paired us together now for a couple years. Somebody out there at Marvel was smart enough to see that they could explore it further. I also think the story itself of Captain America caught up to both of us and to the time.

Black Panther was a monumental film for Marvel, which was a huge success and featured a cast of Black actors. And now Anthony, you are the lead in a show like this. How does that make you feel?

Anthony: It’s a real personal experience. I’m very fortunate to do what I love, and I’ve always wanted to do this. It’s a blessing to be able to have a show like this, a co-star like Sebastian and have the ability to put my talents and the ethos for people to enjoy.

That being said, with the idea of representation, or what it means for the Falcon going forward in the Marvel Universe… Sam Wilson is kind of the eyes and the ears of the audience. You know, he’s not a superhero. He’s a regular guy that was asked by Captain America to come help out. Of course, there’s pride and recognition that comes along with that. But you just have to take it all in stride and never lose sight of yourself, because it’d be so easy to become something that I’m not.

Since we are hopefully coming out of the pandemic now, the setting of the show in itself feels very timely…

Sebastian: I agree! The whole nature of the show, the questions that it’s asking and exploring actually do feel very pertinent. It was supposed to come out in August of last year, and a lot of things have happened since then up until now, right? Earlier this year, even in Washington and stuff.

I don’t know if I always believe that everything happens for a reason. But when you watch it, you’re going to understand how much more timely the show is. 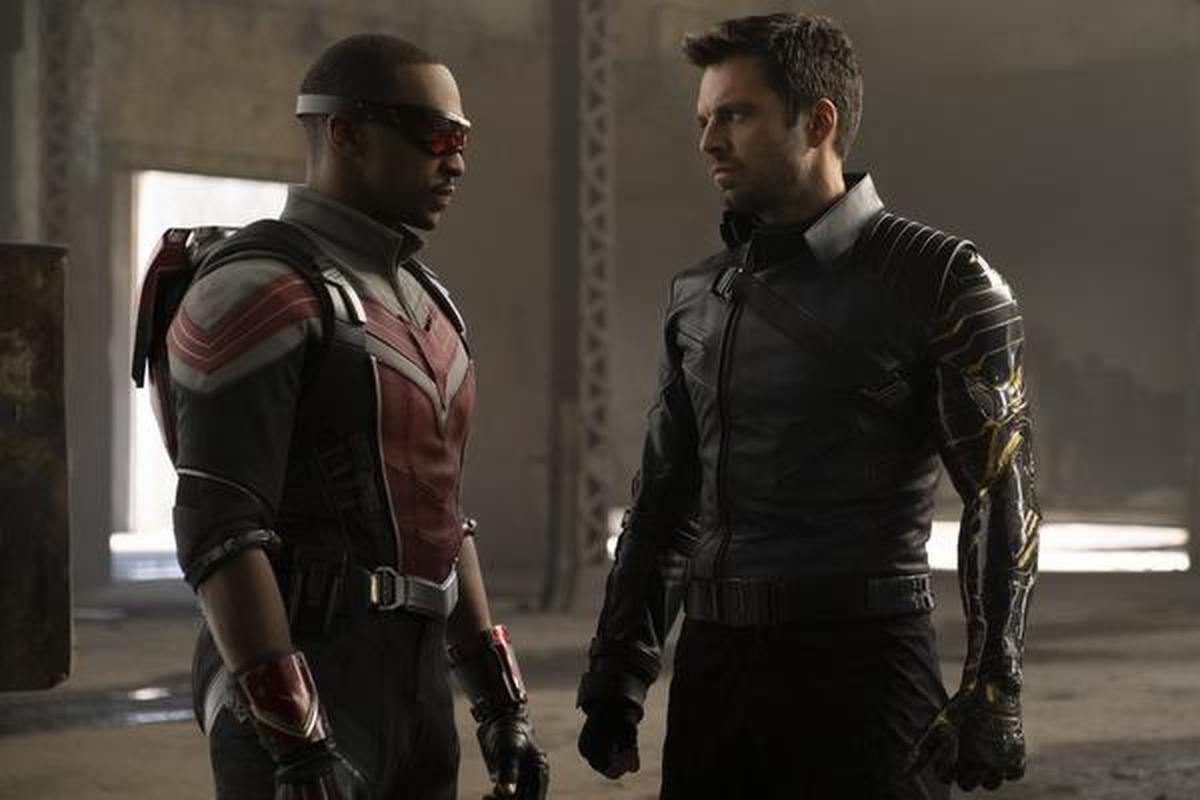 ‘The Falcon and The Winter Solider’ will be a timely offering in the wake of real-life events that have transpired over the course of last year, say the actors

What do you like from each other’s characters on-screen? Are there other duos in the MCU you enjoy watching?

Anthony: I would say Bucky’s best trait would be his take-no-shit attitude. I love how stern and focused he is on getting the job done.

Sebastian: And in terms of the other duos.. what other duos? Are there any in the MCU like this? There are none, certainly not of this calibre. They are both charming, charming men. (laughs)

The Marvel and Disney Plus collaboration is off to a flying start with WandaVision. Do you guys feel a certain level of pressure to follow that up at all?

Sebastian: I don’t think so because we’re such different shows. If anything, it’s been really nice to just have WandaVision kind of usher Marvel into the streaming world, if you will. It gave us a chance to sort of hone in on our series a little bit more, because we got stopped during the pandemic.

Early on, there’s a line in the show that goes, “We need new heroes for the times we are in.” America has been through some crazy and quite distressing times recently. What are your views on that and hopes for the future?

Anthony: The idea for me is that America is a very young country. We’re technically a teenager when you look at the age range of countries around the world. So there’s still learning to be had and things that we have to overcome. But I think it’s a generational thing.

Our kids are going to be a better generation because of 2020; the way they look at the world, the way they look at everything that’s transpired in the past 12 months… all of their viewpoints and opinions have changed. That’s what is most important. Obama got elected just simply on the word “change,” you know, people want change. When the kids get older, it’ll put us in a better place as a country. Anthony Mackie says that Sam Wilson is kind of the eyes and the ears of the audience. “He’s not a superhero. He’s a regular guy that was asked by Captain America to come help out.”

Are there any particular scenes that you enjoyed the most during the shooting?

Sebastian: I would say anytime that any time that we have a staring contest is always an interesting time, because it’s sort of about who breaks first. And that’s usually me. (laughs)

Also, whenever I’m guessing if Anthony has had his lunch before the scene, because that’s going to affect our energy going into it. Real men eat!

Anthony: (laughs hysterically) I agree, and also have to say there are a lot of scenes and lines between just the two of us in the show. One of my favourite scenes is the one on the cargo plane that’s in the trailer. I find that to be so funny, because the Winter Soldier is trying so hard to just be my friend. And I’m so over him and the idea of him, and it just it plays really well.

For the last question, what’s been your biggest takeaway from the year that was?

Anthony: Appreciation. Just slowing down, smelling the roses and really appreciating the opportunity that we have to do what we love. It really put things in perspective for me to have it all snatched away, and now having the opportunity to go back to it.