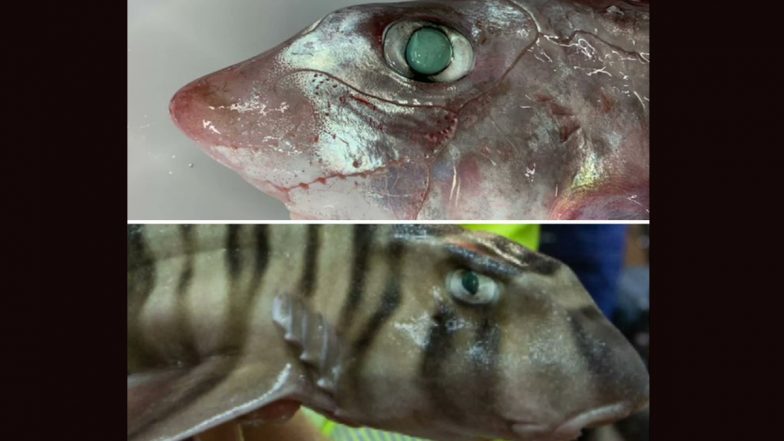 Researchers from Australia’s national science agency have identified a new species of shark that has been discovered off the coast of Western Australia. A shark expert described it as a striking small, stripey horn shark. Horn sharks are known for their spiny fins and pronounced ridges above their eyes. This new species was found at a depth of nearly 500 feet, and scientists don’t know anything about its behaviour so far. Another species spotted was the ghost shark, which is native to Australia and southern Indonesia and is listed as vulnerable. Get the images of these rare and mysterious sea creatures below. Extremely Rare! Newly Born ‘Ghost Shark’ Baby Discovered by Scientists In New Zealand (See Pic).

#Shark #Biodiversity Ghost Shark and Stripy Creature New to Science Discovered in Ocean Depths: The new species was found in one of the most remote, and deepest, marine environments in Australia. https://t.co/7M0Yg2AJeO