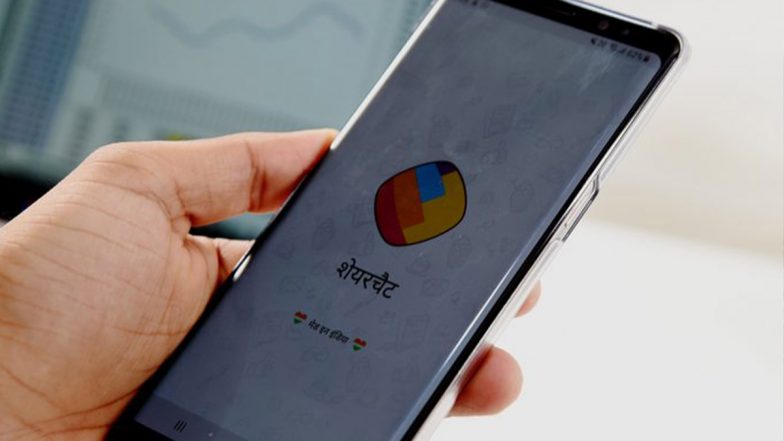 New Delhi, Dec 2: Homegrown social media company ShareChat (Mohalla Tech Pvt Ltd) has laid off less than 5 per cent of its employees after it shut down its fantasy sports platform called Jeet11, the company confirmed on Friday.

Backed by Twitter, Google, Snap and Tiger Global, ShareChat has about 2,300 employees and the layoff will impact more than 100 people at the company, at a time when nearly every tech firm is restructuring businesses to weather the global economic crisis. Amazon Layoffs: CEO Andy Jassy Again Defends Mass Sackings, Says ‘Felt Like We Needed to Streamline Costs’.

“As a standard business practice, we periodically evaluate our strategies. We can confirm that we are ceasing operations of Jeet11 and have reorganised some of our functions, which meant movement of this talent within teams and a few employee exits,” a ShareChat spokesperson told IANS.

“This process has impacted less than 5 per cent of our employees,” the spokesperson added.

Founded in 2015 by Ankush Sachdeva, Bhanu Pratap Singh and Farid Ahsan, ShareChat was last valued at $5 billion and has social media brands such as ShareChat App and Moj under its portfolio.

While the ShareChat app has over 180 million monthly active users, Moj is the largest Indian short video platform with close to 300 million people consuming content each month on the app.

“We continue to focus on robust growth and hiring across various functions and roles as per our plans. To succeed as India’s fastest-growing social media company, we assess our strategy regularly and make necessary changes to achieve our vision,” the company spokesperson further said.

In June this year, ShareChat closed a $520 million multi-tranche funding round, taking its valuation to $5 billion.

In the funding round, the company raised $255 million from Google, Times Group, and existing investors.

(The above story first appeared on Morning Tidings on Dec 02, 2022 04:04 PM IST. For more news and updates on politics, world, sports, entertainment and lifestyle, log on to our website morningtidings.com).