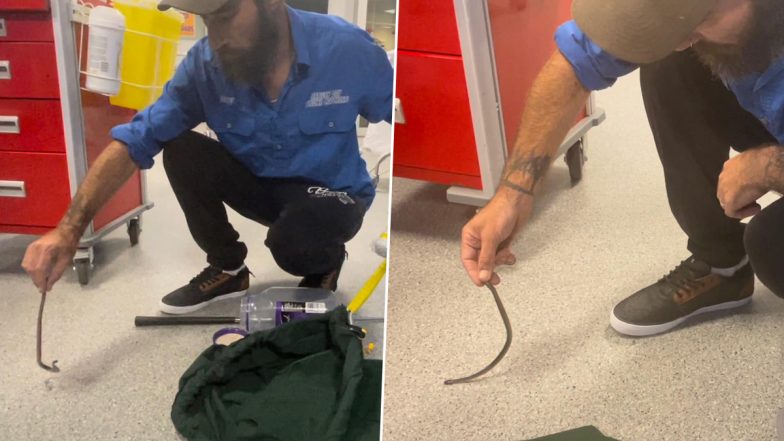 A “secretive” eastern small-eye snake, which is small but deadly, was caught by a reptile catcher after it made a man rush to the hospital. A homeowner in Australia steps on the highly dangerous and poisonous viper in his own residence. Snake-catcher Drew Godfrey was called for help to the scene in Hervey Bay, in Queensland, to remove the serpent, which he described as “very gentle and placid.” Before heading towards the hospital, the victim caught the black viper in a jar to show his doctors what had bitten him. Terrifying Horned Snake Caught on Camera! Viral Video of Serpent With Two Horns Will Leave You Open-Eyed.