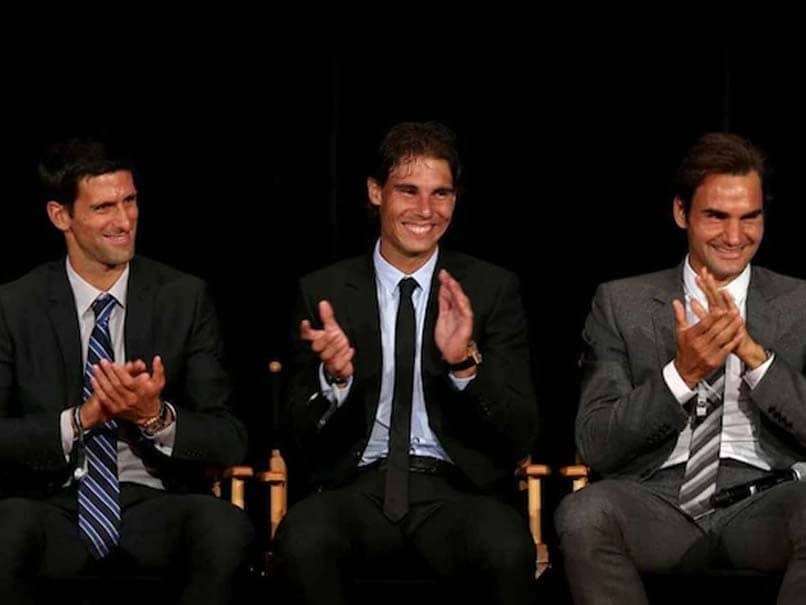 
Novak Djokovic, the world’s number one tennis player, talked about his rivalry with Roger Federer and Rafael Nadal in an exclusive interview to NDTV. Asked who he considered among his bigger rivals – Federer or Nadal – the Serbian said it was difficult to pick one and it has always been difficult to play against both. The Serbian star said that Federer and Nadal have different playing styles and they always have to adjust to their game by playing against them. Djokovic also said that both of them inspired him to become a better player. Djokovic told NDTV in an exclusive interview, “These two have been so special in my career. It’s difficult to choose one of these, because I’ve always had to compete with them.”

“They have different tennis styles and how they behave on the court and off the court, and I have to adjust the two of them differently,” he said.

“Those are the two people who inspired me to be a better player,” he concludes.

Djokovic on Monday broke Federer’s record for most weeks in the ATP rankings. The 2021 Australian Open champion has now spent 311 weeks topping the ATP rankings, which Federer previously had.

Reacting to this incredible feat, Djokovic said that when he started playing, he had always dreamed of becoming one of the best tennis players in the world, whatever he has been able to achieve, he will be able to Is due to love and commitment.

Djokovic, who recently won his ninth Australian Open title, said, “This is an achievement (standing by the great tennis players) I dreamed of when I started playing tennis.”