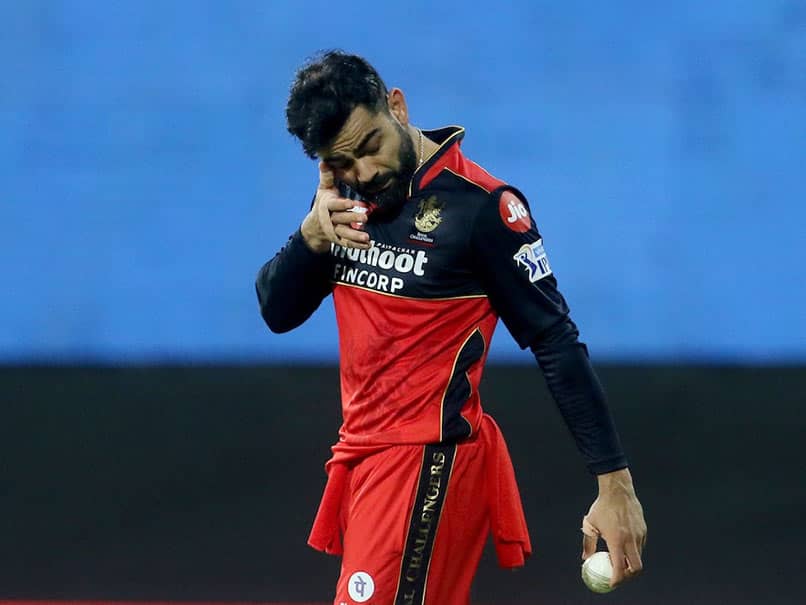 
Royal Challengers Bangalore captain Virat Kohli on Friday missed a catch at mid-off in the 19th over of the Indian Premier League (IPL) against Mumbai Indians. A long ball was bowled by Kyle Jamieson and Krunal Pandya hit it straight to Kohli but the RCB captain failed to grab the ball and suffered a blow under his right eye. To relieve RCB fans, Kohli did not go off the field, but changed his position and was seen using an ice pack around the area where they were hit. The visuals also showed injury under Kohli’s right eye as the RCB captain continued fielding.

Watch the video of the catch here:

In the IPL 2021 season, Kohli won the toss and opted to bowl against defending champions Mumbai Indians.

Chris Lynn and Suryakumar Yadav looked dangerous on one wicket as both shared a 70-run partnership for the second wicket.

Lynn scored the highest 49 runs, while Suerkumar added 31, while others failed to score.

Kohli was present in the first game of IPL 2021 with his bowling changes and field placements as RCB managed to restrict Mumbai Indians to 159/9.

For RCB, Kyle Jamison was impressive in his IPL debut, as he conceded 27 runs in his four-over spell.

But with the ball towards Kohli, the star was Harshal Patel. Harshal took five wickets for 27 runs from his quota of four overs.