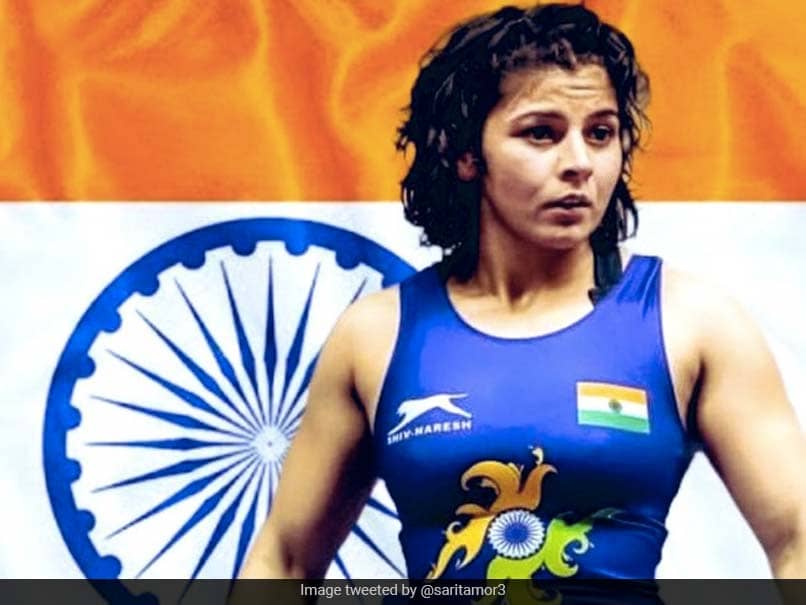 In the title match, Bulgaria’s Giulia of Bulgaria lost 2–4 to Penelber.© Twitter


India’s Sarita Peacock won the silver medal, while Kuldeep Malik won the bronze medal in their respective matches at the Matteo Pelicone Ranking Wrestling Competition in Rome. The Indian grapplers won three medals in the Greco-Roman category on Friday, bringing the country’s tally to five medals.

Asian champions Sarita defeated Kazakhstan’s Altnaye Sathilgan 4–1 in the women’s 57kg quarter-finals and then defeated Ema Tisina with a defeat in the semi-finals to earn themselves silver.

In the same weight category, other Indians Anshu Malik lost to Penalber 7-10 in the semi-finals. He refused to win a bronze against Francesa Indelicato of Italy due to injury. Malik won the silver medal in this event last year.

In the 68kg category, Nisha bowed out after losing to Rio 2016 Olympian Mimi Histarova of Bulgaria in the qualifiers 3-10. The Indian player suffered a 2–3 loss to American Alexandrima Junice Glaud in the Repatchase competition.

In the 76kg category, 2016 Olympic bronze medalist Elmira Szydkova of Kazakhstan defeated Kiran of India 10–3 in the quarter-finals.

Among the Indian male bowlers, Kuldeep Malik defeated the 2014 world champion Chingiz Labajanov of Russia 10-9 to win the bronze medal. Kuldeep had earlier lost his opening round match to rule the European champions Selcuk Can of Turkey.

Other Indians in the same weight category, Harpreet Singh, were also eliminated in the qualification round, losing against Turkey’s Salih Aydin.