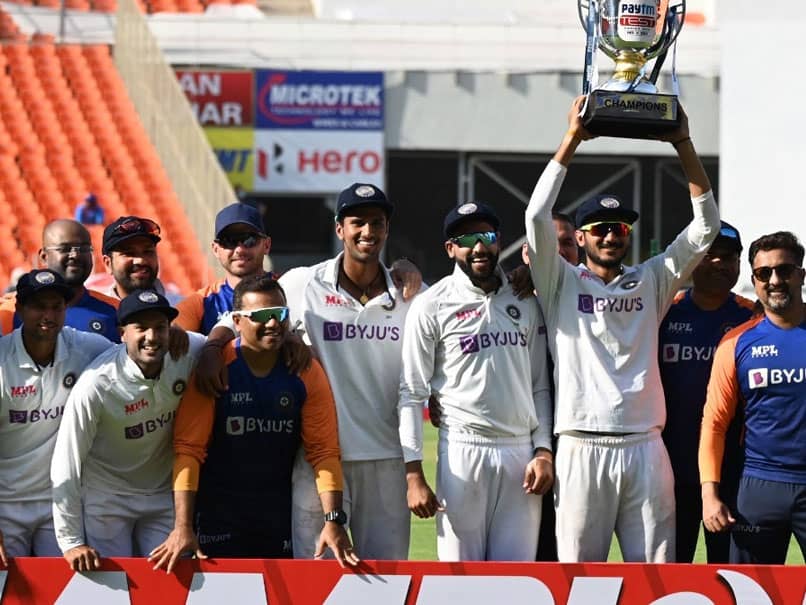 
After India won the series trailing England 3–1 in the fourth and final Test played in Ahmedabad, host team captain Virat Kohli gave some new stars of the team a chance to lift the trophy. All-rounder Axar Patel, Washington Sundar and fast bowler Mohammed Siraj were at the center with the trophy as the team celebrated a crucial series win that qualified them for the final of the inaugural World Test Championship. The trio was later seen posing for the trophy along with Kohli and the final Test star Rishabh Pant.

Axar Patel, who made his second Test debut in Chennai, took 27 wickets in his first series apart from taking four wickets, in which Ravindra Jadeja proved to be injured.

Rishabh Pant, who hit two half-centuries at the end of the final Test, hit 101 off 118 balls to keep India in control of Ahmedabad.

Washington Sundar also played a brilliant innings and remained unbeaten on 96 as India took the lead in the first innings, which the visiting team could not beat.

Sundar and Pant’s 113-run partnership proved crucial as India surpassed England’s overall score and gained a huge lead that the visiting team did not need to bat again.

Sundar smashed an unbeaten 85 in the first Test, even as India lost in Chennai.

India will play New Zealand in the final of the WTC in June.

Shikhar Dhawan posted videos of Rohit Sharma, Rishabh Pant, Kuldeep Yadav in A Blast in Kids Zone
Ravi Shastri is not bothered by the memes, says “I have a drink in my name”
Comment