Filmmaker Nithin Lukose grew up listening to his grandmother narrate stories of people in the highlands of Wayanad. “My family moved here from Kottayam in the early 1950s. Her stories were about the hardships of the people who migrated in that era,” he says. These tales are the inspiration for him to make his début Malayalam feature film, Paka: The River of Blood. The movie is set in Wayanad and is about the feud between two families that has lasted generations.“The place and the Orattu river there play very important roles in the film. As I am familiar with the place, choosing this as my setting felt right,” he says.

It took him one year to finish the writing; shooting was done in early 2020 just before the country went into lockdown. While the lead roles are played by actors Basil Poulose, Nithin George and Vinitha Koshy, most of the other cast are local people. “I organised a two-month-long acting workshop. It was great to see them transform into character in front of the camera,” he adds. 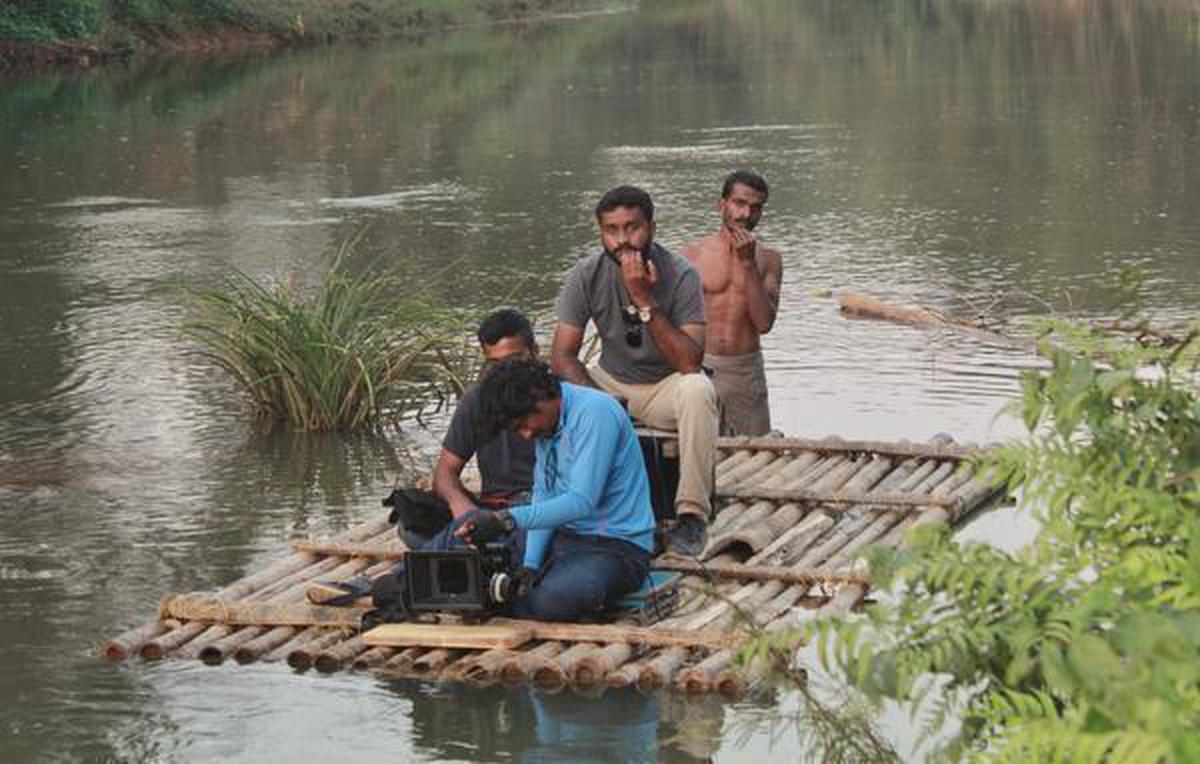 Nithin Lukose with the crew

Nithin is an alumnus of the Film and Television Institute of India and has been working as a sound designer for the past five years. “After my course, I interned with Resul Pookutty, where I learnt the nuances of sound and about the latest technologies,” he says. He has worked with films such as Thithi (Kannada), Ambili (Malayalam) Mallesham (Telgu) and Dibakar Banerjee’s upcoming film Sandeep Aur Pinki Faraar. He also worked on a documentary on the Dalai Lama by Hollywood director Bennet Miller.

“Raj Rachakonda, the director of Mallesham produced Paka: The River of Blood,” he says, adding that it was one of the five films selected in the Work in Progress Lab category of the NFDC Film Bazaar held online in January. There it received the Prasad Lab DI Award and Moviebuff Appreciation Award. “My film was still in the making and I presented my rough cuts to the editors. To receive an award at such an early stage is an honour.”

Nithin says that such platforms help get global attention for upcoming filmmakers. “It allows us to show our film to eminent filmmakers from around the world. This year’s mentors in the NFDC Film Bazaar included film and television producer Philippa Campbell, film critic Derek Malcolm, director Marco Muller, etc. Their suggestions and guidance helped me polish the film. It was also watched by Adoor Gopalakrishnan, Anurag Kashyap and Resul Pookutty, all of them gave me positive feedback.”

Arya interview: ‘Marriage was the most beautiful thing that happened to me’
The DOT Theatre is back in Coimbatore with its latest play, ‘Baksa’
Comment