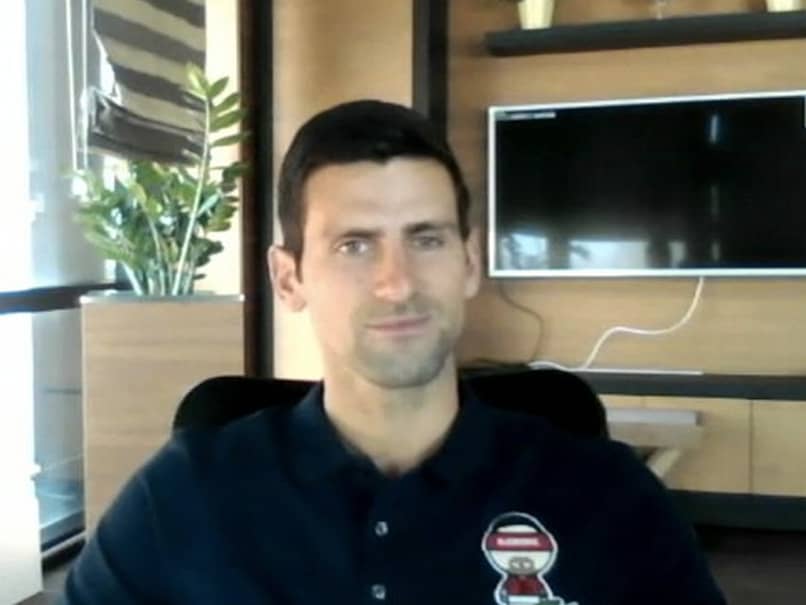 Novaz Djokovic had an exclusive chat with NDTV after being on record for 311 weeks at world number 1.© NDTV


Novak Djokovic spoke exclusively to NDTV and shared his thoughts on spending 311 weeks as the No. 1 ranked player in the ATP rankings. Djokovic surpassed Roger Federer on Monday to set a new record of 311 weeks in the ATP rankings as world number-1. He also said how he went into tennis in a war-torn Serbia in the 1990s and how fellow contemporaries Roger Federer and Rafael Nadal pushed him into his career to succeed and excel. Djokovic won his 18Th Grand Slam title and their eighth Australian Open in Melbourne last month. Here are five big quotes from the interview

“This achievement (standing by the greats of tennis) is something that I dreamed of when I was a kid who started playing tennis. It is a tribute to the love and commitment to the sport.”

2. Growing up in war-torn Serbia in its early years

“I think we all go through different difficulties in our lives. My journey was not easy, but it made me stronger. We had two separate wars in the 1990s. Moving on to a war-torn country was a challenge. . It definitely made me more. Starved to represent my country – to send a message of peace and love and passion and happiness. “

3. The moment he realized that he could be a great tennis player

“Probably the first ‘Aha’ moment when I realized I could be a major contender was my first Grand Slam title at the Australian Open.”

4. On Roger Federer and Rafael Nadal – Who’s the big rival?

“Those two guys (Federer and Nadal) are the ones who inspired me to be a better player. These two guys have been so special in my career. It’s difficult to choose one of them, because I always have to compete against both. Have had to. They were so influential and consistent. “

5. What Indian tennis players and children can learn from Novak Djokovic

“Children need to fall in love with the game, otherwise they will feel burdened. I still feel the same excitement of holding a tennis racket as I did when I was 4-5 years old.”