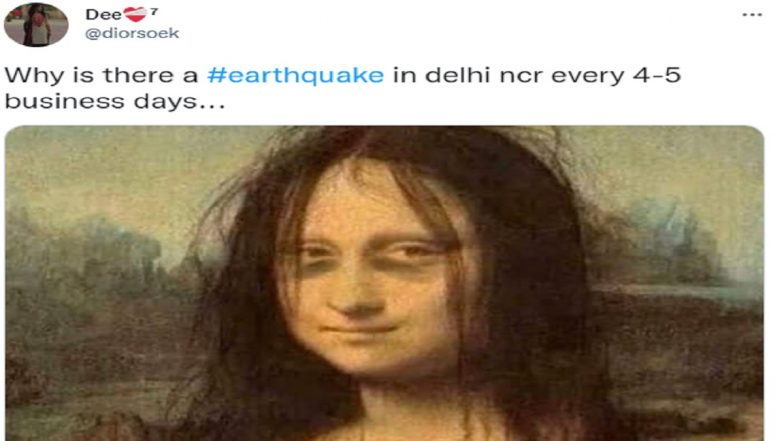 Check some of the best tweets:

Why is there a #earthquake in delhi ncr every 4-5 business days… pic.twitter.com/2AYJ8yC4np

Earthquake a Day Before the Release of Pathaan

This one made us laugh

People running on twitter to confirm the #Earthquake felt across Delhi NCR… pic.twitter.com/H2xkHFyKzW