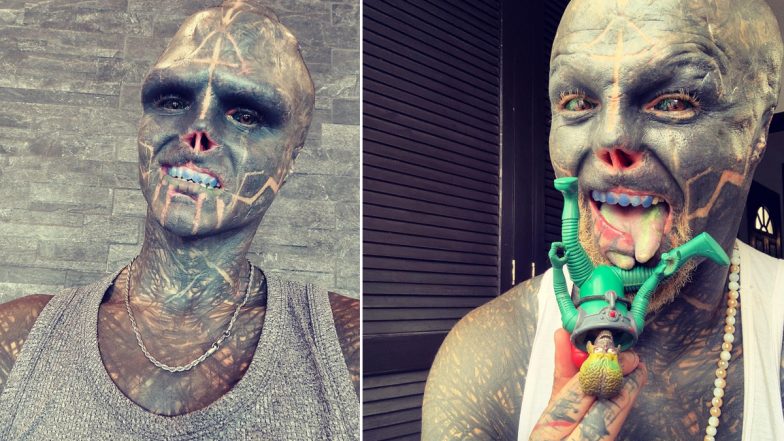 A 33-year-old tattoo enthusiast, Anthony Loffredo, who is dubbed a “black alien”, claims to get rejected by restaurants due to his extreme body modifications. The man removed his nostrils, ears and a few fingers. In an interview on a podcast, Anthony said he was thinking of chopping off one leg from the knee down. The extreme inking and countless implants are not getting him a job, as per reports. But despite his large social media following, in real life, Loffredo has opened up about the hardships he encounters due to his uncommon look.

Here Are His Pictures: