San Francisco: Apple has patented a dual foldable device which relates to a Notebook-like future product with a foldable display. The patent suggests Apple is looking at the dual-screen approach, rather than having a single one. The two screens appear to sit within a bendable case with its own internal hinge system, supported by magnets to hold the device in various orientations, reports Patently Apple. Apple iOS 15.1.1 Update Released With Call Drop Improvements.

When unfolded, the screens sit side by side, creating one large panel or potentially allowing a laptop-style experience with one screen propped up. Currently, the Cupertino-based tech giant has not officially announced that when it will be launching a foldable smartphone.

Other competing brands like Oppo, Vivo, Xiaomi and Honor will all enter the foldable race by the end of this year or at the beginning of the next one with a total volume of about 17 million units.

Earlier, Kuo said that Apple has been researching foldable devices since 2016, but rumours surrounding a foldable iPhone have noticeably increased in recent months.

Apple is also in the process of engineering an iPhone with a folding display similar to the Samsung Galaxy Z Fold and iPhone maker has ordered a batch of foldable displays from Samsung, suggesting that it is working on a foldable iPhone. A report has claimed that the company might also discontinue the iPad Mini after the launch of its foldable iPhones.

(The above story first appeared on Morning Tidings on Nov 22, 2021 12:45 PM IST. For more news and updates on politics, world, sports, entertainment and lifestyle, log on to our website morningtidings.com). 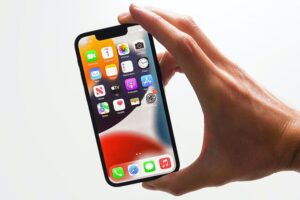