Nandita Swetha has had three film releases post lockdown and is gearing up for the fourth one. After Eeswaran and Kabadadaari in Tamil and Kapatadhaari in Telugu, the Telugu film Akshara releases this Friday. “I’ve done more than 20 films, but this feels like my first one. I am a bundle of nerves,” she says. Written and directed by B Chinni Krishna, Akshara stars Nandita in the title role; the film is billed as a crime thriller and the actor reveals that the story unfolds in the backdrop of the education sector and looks at the pressures both parents and students go through when academics becomes business.

She plays a lecturer in the film that touches upon how the aspiration of wanting to see their child study in reputed schools and colleges has a financial burden on parents and that translates to additional pressure on students to cope with the rigours of the academic environment. “The story was pitched to me in early 2019 and I could immediately connect to it. It reminded me of what I went through while growing up,” says Nandita.

The actor who grew up in Bengaluru recalls studying in a government school where Kannada was the medium of instruction: “I was good at studies. My parents felt I would benefit if I studied in a convent and in Class VIII, I was shifted to a new school. I didn’t realise what I was going through. Looking back, I realise I went into depression, unable to cope with the sudden change in language and the convent culture. It was also a financial burden for my parents,” she says. A year later, she convinced her parents and went back to government school. 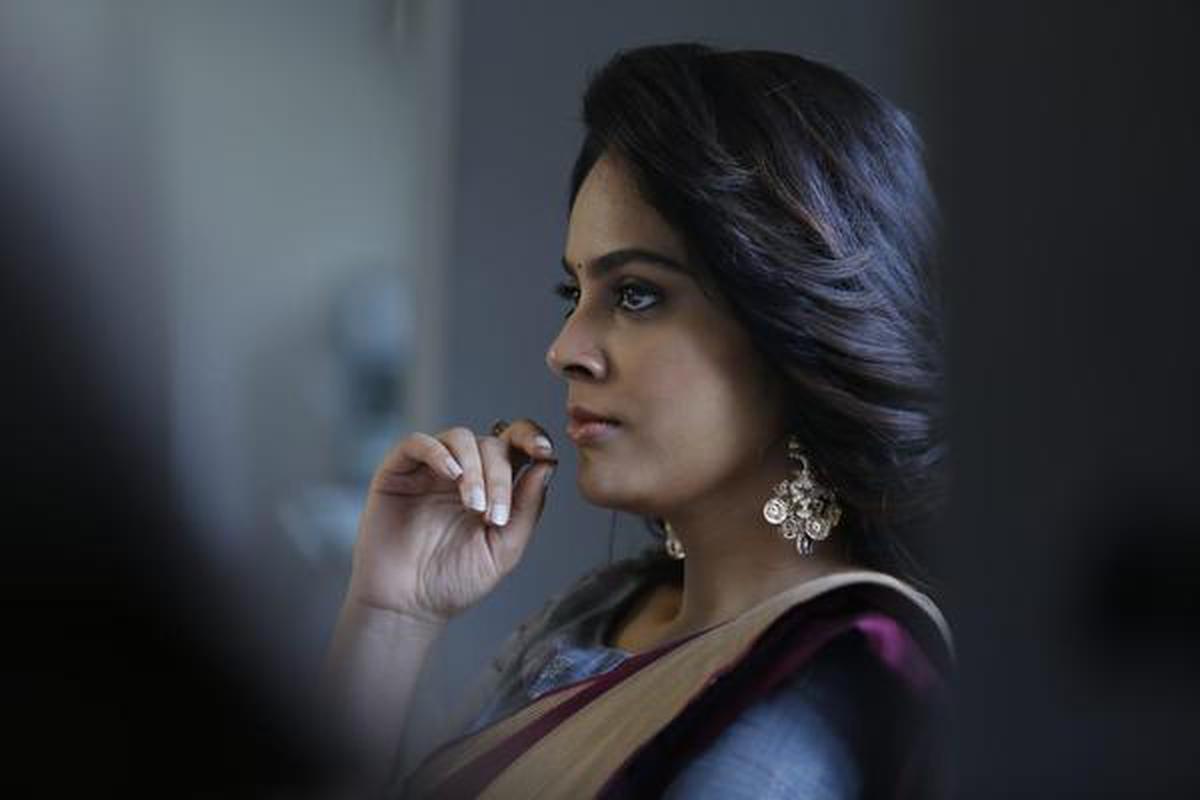 Akshara, she says, reiterates that a student can shine irrespective of studying in a government or a private institution. “Of course, we do this messaging in an entertaining manner. There’s romance and enough comedy in the film,” Nandita hastens to add.

For the film, she wanted to look the part of a lecturer who is sophisticated and dignified: “The way I present myself is important for what this film conveys. So this is not a film where the teacher is presented as a glamorous heroine.”

She credits the producers for waiting all through the lockdown to ensure that the film has a theatrical release: “They felt a theatrical release is better, since there’s potential to reach people of all strata, even those who aren’t watching digital platforms.”

Nandita began her career with the Kannada film Nanda loves Nandita, before Attakathi (Tamil) got her widely noticed. A string of Tamil films followed before she debuted in Telugu with Ekkadiki Pothavu Chinnavada, which had elements of horror. There was a phase in her career when she was part of horror or horror-comedies. Not anymore, she insists: “After a point I got tired of it; the horror genre also began affecting me psychologically. I consciously began looking for other genres.”

Fluent in Kannada, Tamil and Telugu, she says she gets a mixed platter of subjects from the three languages and often, roles of substance: “Directors tell me that I am a good performer and they can’t give me just a song and dance role. But occasionally, I don’t mind doing a typical heroine role.”

She has begun shooting for a new Telugu film and there’s the Tamil film IPC 376 that’s expected to release soon.

IFFK Suvarna Chakoram for best film for This Is Not A Burial, It’s A Resurrection
George Kora’s ‘Thirike’ to release on Neestream later this week
Comment